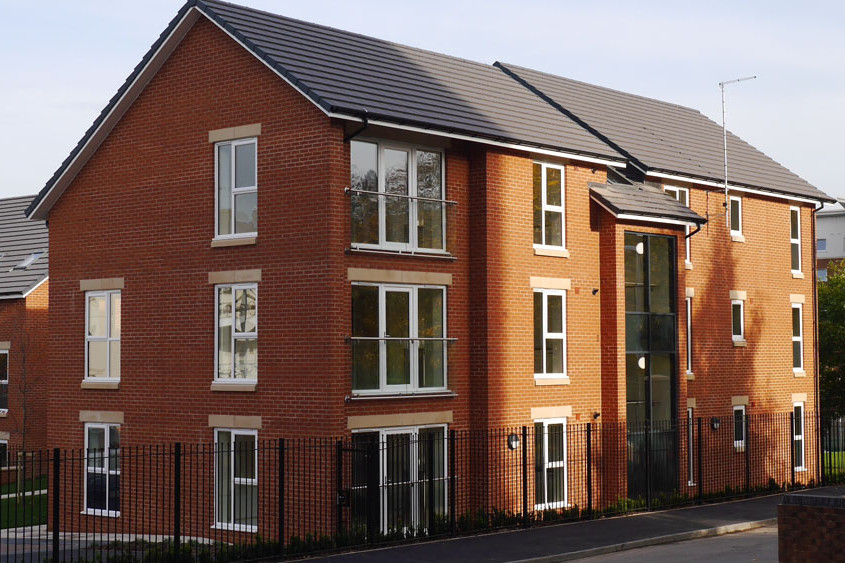 This development comprised of 15 flats and 2 wheelchair bungalows.

Prior to commencing the new build, we had to firstly demolish the former and rather tied looking Council Flats, of which had simply ‘had there day’ (probably built in the 60’s or 70’s).

After the former flats had been cleared, we were able to view the site and set out the new dwellings, however it soon became apparent that the flats were plotted over an existing public sewer, therefore we had to apply for a sewer diversion before any foundations could commence.

The foundations were predominantly deep strip, but in some areas we used a combination of concrete pads and rings beams spanning over to accommodate issues with either poor ground or working close to the existing highway.

Each flat had its own secured by design entrance door leading off the communal stair core, each flat had a glazed Juliet balcony, fitted kitchens, quality bathroom suites and burglar alarms.

Forming part of the works were the construction of two wheelchair bungalows.

The development also had to achieve Code Level 3, which it did quite comfortably.